The increased rate of divorces in this country has led to the advent of prenuptial and postnuptial agreements between marriage partners to protect assets they might bring to the marriage in the event of a divorce. In the past, courts believed these agreements went against public policy due to encouraging dissolution of marriages. In the past few decades, however, courts have found that these agreements do not violate public policy if they are constructed under fair and just circumstances. Since this revelation, prenuptial and postnuptial agreements have become much more common and widely accepted as viable options in a healthy and fair marriage. While essentially the same in makeup, prenuptial agreements are made prior to the wedding, and postnuptial agreements are made after the wedding. In all cases, both marriage partners must fully disclose all their assets and liabilities prior to signing any agreement in order for it to be valid and enforceable. Having a credible Family Law Attorney, such as Marquez-Kelly Family Law, is critical to ensure all conditions have been met and the contracted agreement is legally binding.

The goal of these agreements is for a fair settlement should divorce occur. If a settlement is weighted more to one party or the other, the settlement can be thrown out by the courts. Courts evaluate many aspects of the agreement to determine whether a part or all of it is enforceable, including fairness, total disclosure of assets and liabilities, existence of independent counsel, and the timing and circumstances of the agreement. Prenuptial and postnuptial agreements can include whatever the marriage partners wish to include, such as bills each party would be paying, assets before and after the wedding, or even family visitation schedules over the holidays. The agreements typically include division of property and spousal support in the event of divorce or any dissolution of marriage. Many times, prenuptial and postnuptial agreements will include provisions regarding adultery or any other conditional events both parties agree upon. Any and all provisions included in the agreement is open to be discussed with legal counsel. Not all agreements are required to be made prior to the wedding, and they should be legally amended if the economic status of either of the parties changes. This means no agreement is etched in stone; they can be changed whenever the parties included decide an amendment is necessary. This aspect is especially important when courts rule on the fairness of the agreement. Understanding that circumstances change over time, a court will decide the fairness of the agreement based on when the agreement is being enforced, not when it was created. Because of this, amending the agreement when necessary will increase the chances of the agreement being enforceable in the event of divorce. In every case, all agreements must have the consent of both marriage partners. Because prenuptial and postnuptial agreements involve such high stakes (financials, properties, assets, etc.), it is important to have an experienced and credible attorney guiding you throughout the process, and Marquez-Kelly Family Law is perfect for the job.

Attorney Marquez-Kelly is a graduate of Bishop Verot Catholic High School, in Fort Myers, FL. She earned her degree in B.S. in Legal Studies from the University of Central Florida in the year 2002.

Before I retained Mellany,  I was getting nowhere with my first lawyer.  My kids were being kept from me,  and every time I went to court,  I would lose.  After I retained Mellany,  we immediately got started on the things I needed to do. When it was over,  I received full custody of my 8 year old and 1 year old. I went from having my kids kept from me to be a father with full custody. Mellany has a great,  confident presence in the courtroom.  She made me not feel nervous and made me feel confident that she would get the judge to see the truth,  and she did. I would definitely recommend Marquez Kelly Law.

“Hi Mellany. Just wanted to let you know that I went in and paid off my balance today. And I want to thank you again. I was going no where until you took over. You got it done. You’re the best. I’ll see you later.”

Get in touch with us!

What is the Difference between a Prenuptial and Postnuptial Agreement in Fort Myers, Florida?

Life after a wedding is an enduring bliss–but not for all couples. While marriage is a wonderful event, the couples…

What they say about us: 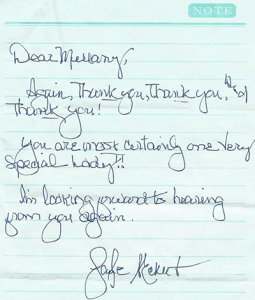 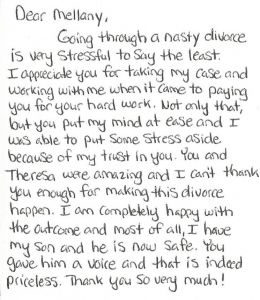 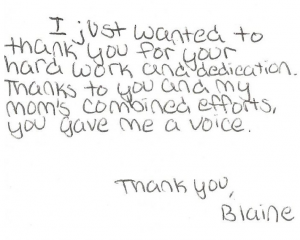